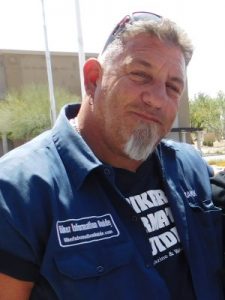 Hello my friends, this issue brings us a well-known figure in our circle…a great person and awesome mechanic. Johnny’s start goes back to childhood hanging with his dad who was an automotive mechanic. He put his first bike together before he hit puberty. He moved to Arizona around ’96 and went to work for Titan Motorcycle Company in ’97. With that job, he was able to see many crazy issues, but was also able to further his education. In 2000, he moved to California to work in a guy’s garage building motorcycles. That guy was Russell Mitchell and the company was Exile Cycles. Together they took a garage-based business and made it into a multi-million dollar company. With fame came egos and it became difficult for the two to work together, and back to Arizona Johnny went. In 2004 he opened Insane Custom Cycles, and also taught at MMI as well. 20-hour workdays, flying back and forth doing TV shows were getting out of control, and then the industry slowed down. It has been a long hard road but he is still around, able to keep his friends and customers on the road…Johnny Goodson, you are on the spot. 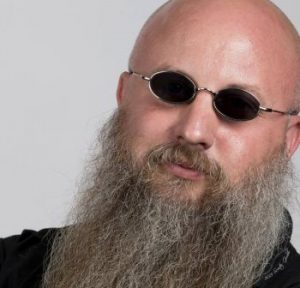 Q: Describe yourself in three words:
A: Short, bold and sexy.

Q: Three things you love:
A: Me, myself and my wife

Q: Why the motorcycle world?
A: Because motorcycles are cool and chicks dig them!!! Seriously, I’ve worked on cars and motorcycles my entire life. After the military, I was playing in bands and working as a producer/manager. I needed a change of pace and wanted to work with my hands again and build bikes, and have been doing this as a profession for the last 20 years. 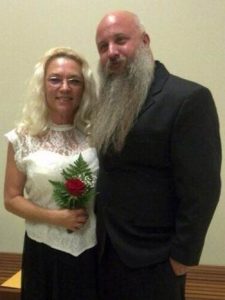 Q: Biggest Regret?
A: Not staying in the military, I could be retired by now drinking margarita’s on the beach in Mexico right now!

Q: Who Inspires you?
A: All the hard working people that keep getting knocked down and get right back up, talented people who never get a break in life. 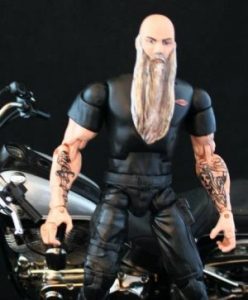 Q: What was your first bike?
A: 1972 Yamaha 125, I was young, 9-10, something like that. A neighborhood kid had this 125 in pieces and his dad could not get it back together, so I traded him a silver dollar for it. I must have wanted it bad, because he didn’t live close and I carried it home piece by piece. 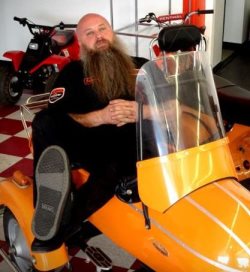 Q: Three things you hate?
A: I try not to use the word hate, but I strongly dislike liars, thieves and the color red.

Q: What does the future hold?
A: Well since I do not have a crystal ball, I don’t know what to say. I would love to see my business grow bigger, but in Phoenix, where there is a bike shop on every corner, it’s a difficult thing to do. However, I have run my shop in this town for over 10 years when many have come and gone. My real dream is to take everything to Mexico, very far south in Mexico. Not having to work so hard, so I can spend more time on the beach making love to my wife!

Thank you very much Johnny for letting us have a look into your life. That’s it for now, I will see you next issue, until then keep safe my friends and keep your dreams alive.