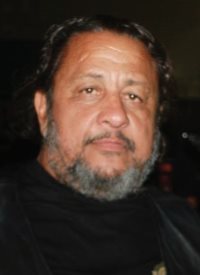 Hello my fellow bikers. I have recently become the Arizona representative for the National Coalition Of Motorcyclists. When Muskrat passed away, ABATE of Arizona was given the task of nominating his successor. I was asked to put my name in for consideration by an ABATE board member. So now I get to write a quarterly article for AZBIG.

The recent NCOM news is mostly about lawsuits and criminal cases involving trademark issues with motorcycle clubs. The big one involves the Mongols MC in which federal prosecutors attempted to charge the entire club as a criminal organization under RICO statutes and seize their trademarks on patches and other identifying insignia that the club members wore. This would have allowed any officer anywhere to seize any club members’ property that identified them as a Mongol.

While to the average rider this would not seem to be a major infringement on their personal rights, it would have allowed law enforcement to seize any club’s identifying symbols by simply claiming they were a criminal organization. This would eventually lead to stripping motorcycle rights organizations of their trademarks and symbols as well. Imagine if Too Broke For Sturgis was shut down for it’s resistance to oppressive federal or state laws.

The Mongols case was dismissed a few years ago by a federal judge who said it was too far of a stretch to claim that the actions of two or three members of an organization proved the entire membership of several thousand was inherently corrupt. Another judge suggested a new approach and the game was on again. The case went before the judge but prosecutors dragged it on for years and produced virtually no new evidence of criminal activity. A new judge had to take over and it was the same one who had dismissed it originally. The Devil’s Disciples are currently undergoing similar legal harassment. NCOM has been raising money to fight these cases under the name Save The Patch fund. If you remember the old Soviet Union, or present day Australia, it is imperative that we do not allow our government to operate in this totalitarian manner. Well that’s enough of blowing sunshine up your asses.

Keep the rubber side down an I’ll have more soon.