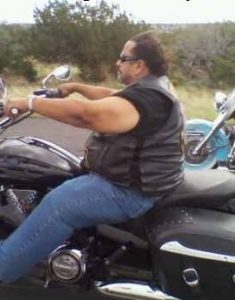 Hello again, it is near the end of October as I write this. By the time you read it, Riot on the River will have been a great party in Winkleman. Picture about 2,000 bikers doing what we like to do the most. Friends, bikes, games, and fun happening in a campground that is secluded. I hope that you went. There is a great deal going on.

I get to go to Irvine, CA for an NCOM board meeting this month. There are several bills being considered at the federal level. One of them is a house resolution recognizing that biker profiling is an issue in every state. Being a lobbyist has me involved on all levels of government. I am in contact with lawmakers at every level of the government. This year ABATE is supporting Kyrsten Sinema in her reelection bid. She has been with us for four years in congress on every bill we had in play. MRF is supporting her as well. MRF is also supporting Ann Kirkpatrick in her senate bid. Ann is a friend to bikers as well. This election will be pivotal. The animosity on the campaign trail is palpable. 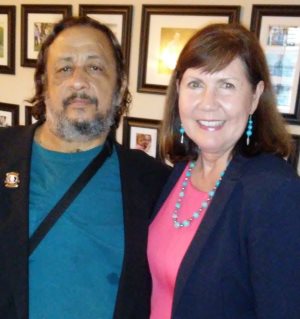 Our governor has tried for two sessions to expand private prisons by 2000 beds. The marijuana legalization effort could scuttle his plans for good. If they can’t prosecute for possession or cultivation of pot, the prisons will be closing rather than expanding. Do you want a tax cut? Would you like schools to be funded fully? The extra money left after the legalization of weed will go a long way. The tax money from legalized MJ will fund schools longer than the land trust scam.

Whomever wins the presidential election will leave many on the other side disheartened and angry. I would like to remind everyone that our nation has survived much worse in its history. In my lifetime one president was assassinated, one likely president was murdered, one was nearly killed, and one resigned in disgrace. One president we had was never elected by the people. I hope that we can all remember that after the dust has settled, we are all American bikers and our true goal in life is to live free.

That is all for now. Keep safe out there.