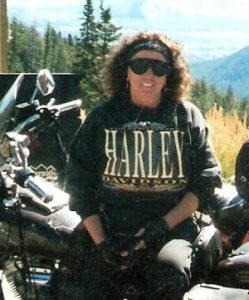 YOUR RIGHTS AT A TRAFFIC STOP:

A traffic stop is a ‘government detention from where you are going, which involves your 4th amendment rights. Reasonable suspicion (RS), which is less than probable cause, but more than un-particularized suspicion. Exceptions to RS require that they can only keep you long enough to satisfy suspicion. Confirming  or dispelling that suspicion should not take ½ hr. Consent – leave as soon as possible. Ask them, “Am I being charged? Am I free to go?” Go to flexyourrights.org.

The exception to this are ‘checkpoints’. Although there is no RS, the Supreme Court (Delaware vs. Prouse) says it is not a violation of your 4th amendment rights. The need for checkpoints are decided at the supervisor position, using a neutral formula.

The government cannot use discrimination illegally, only in certain forms. Regarding motorcycle only checkpoints, the government only need to show that we are a ‘challenged class’ and rationally an issue of ‘highway safety’ to comply.

So how do you fight motorcycle only checkpoints:

LESSONS OF LIFE- By Slider Gilmore:

Goal setting is crucial. Think outside the box.  Can’t reach a goal you don’t have. Say NO to people who don’t energize you! Spend time with people who inspire, challenge and energize you. Enthusiasm needs direction. Intelligence needs guidance.