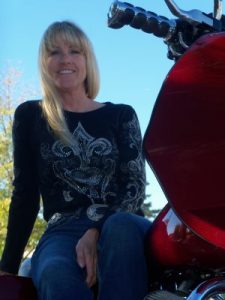 Isn’t it strange how events happen that are covered on the news whether near or far, good or bad, always seem to have a tie to Arizona? To be more specific, Phoenix?

You may know that when the first motorcycles were being developed they were fashioned from the first bicycles called velocipedes or high wheelers. In 1867, Ernest Michaux, son of Pierre Michaux, of France (the velocipede inventor) put the first steam engine on one of these high wheelers but they had one problem, they wanted to tip forward as these were the bicycles with the small back wheel and the large front wheel. The design came to America via a factory worker in 1866 where he filed the first patent on a bicycle.

Sylvester H. Roper took that patented velocipede and added a twin cylinder steam engine in between the wheels with a coal fired boiler. Unfortunately in June of 1896 he died demonstrating one of his later steam bicycles in Massachusetts due in part by the design and speed and is known to be the first motorcycle fatality.

As time would have it in 1880 G.W. Pressey invented the Star bicycle which put the small wheel in the front for steering and the big wheel behind bore the weight of the rider and provided the driving force, giving the cycle a more stable ride.

What in the heck does all this have to do with some of the first motorcycles and Phoenix you say? Well as luck would have it in 1881 a gentleman by the name of Lucius Day Copeland of Phoenix, AZ (see…) took the Star bicycle and designed a small steam boiler with a leather belt drive which drove the large back wheel. The Copeland was capable of travel up to a speed of 12 mph, drive the mile in 4 minutes and carry enough water and fuel to last an hour. Lucius demonstrated his steam bicycle at the first Maricopa County Fair in 1884. A gentleman by the name of Peter Gagan took Copeland’s measurement and created a working replica of The Star in 2001 and to this day is the oldest motorcycle design operable in the world today. The original Copeland is on display at the Phoenix Museum of Art.